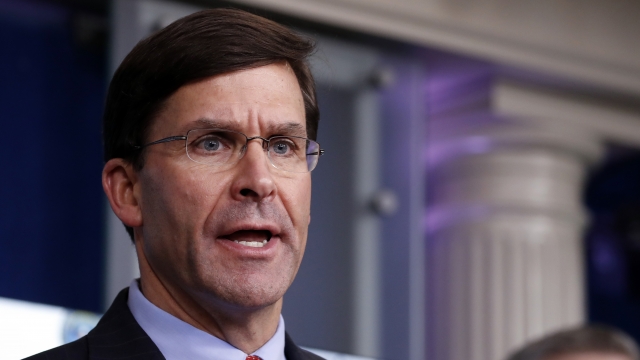 CBS Evening News reported the president asked for thousands of troops on Monday but Defense Secretary Mark Esper and Joint Chiefs of Staff chairman Gen. Mark Milley both refused. According to Reuters the meeting was "contentious" and "heated" in a dispute over President Trump’s willingness to use the U.S. military on American citizens.

Attorney General William Barr was also in the meeting. Appearing on CBS' "Face the Nation" on Sunday, Barr was asked if the president had ordered the 10,000 troops to be dispatched onto American streets. He said "that's completely false" and said the active duty troops were merely on standby. Barr added that all in the meeting agreed using troops would be "a last resort."

Esper did call in 1,600 soldiers and then joined the president in his walk across Lafayette Square Monday evening to take a photo in front of a church.

Esper and Milley reportedly have refused to testify before congressional committees about their role in the military response to civilian protests over the death of George Floyd. A Pentagon spokesman told USA TODAY that Esper has not refused to testify and that discussions with the House Armed Services Committee are ongoing.