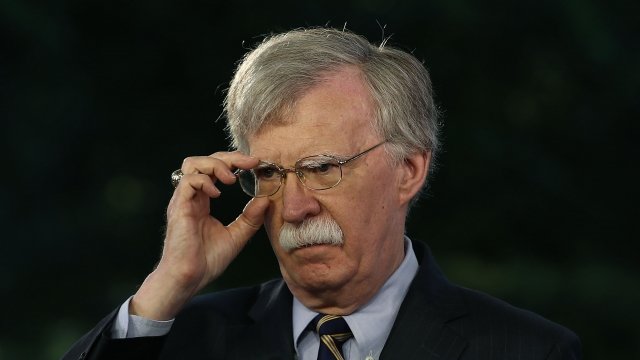 The White House and Pyongyang appear to be in agreement: North Korea is not Libya.

Back in April, National Security Adviser John Bolton suggested that North Korea could follow in the footsteps of Libya to ensure a completely verifiable denuclearization process.

But on Tuesday, a North Korean official said it was "absolutely absurd" to compare the North's nuclear weapons to Libya's former program.

And White House press secretary Sarah Sanders later said she wasn't aware of any plans to use Libya as a model for denuclearization in North Korea. 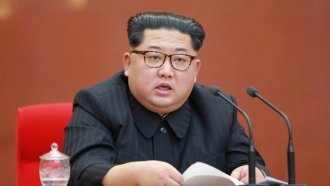 It's not hard to see why North Korea might chafe at the comparison. Former Libyan leader Muammar Gaddafi ended up being toppled and killed by revolutionaries less than a decade after he agreed to give up his nascent nuclear program.

For North Korea, Gaddafi's fall illustrates the risks nuclear disarmament could pose to its regime. The country is now threatening to cancel a planned summit with the U.S. unless the U.S. backs down from talking about unilateral disarmament.

Bolton's tangled with North Korea before. In 2003 a North Korean official called him "human scum" and a "bloodsucker" after he said life in the country could be a "hellish nightmare."

The U.S. and North Korea are still supposed to meet in Singapore for a June 12 summit. It's not clear yet if Bolton's planning to attend.