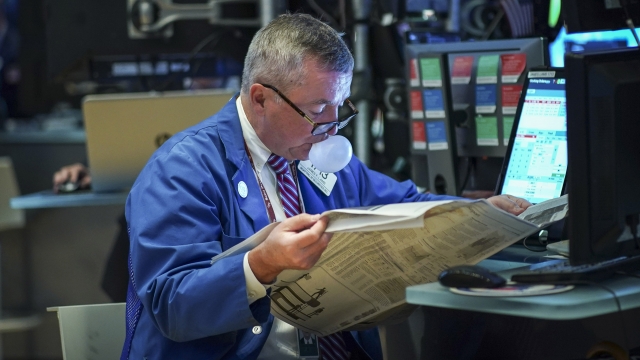 The White House is disputing reports that it's considering cutting the payroll tax to stave off an economic slowdown.

Both the Washington Post and New York Times reported that internal discussions are underway to ease public fears and increase business and investor confidence in the state of the economy.

The reports, based on confidential sources, say administration officials drafted a white paper that maps out a payroll tax reduction as a temporary remedy to boost consumer spending and sustain the economy by increasing the take-home pay of workers.

The White House said Monday: "More tax cuts for the American people are certainly on the table, but cutting payroll taxes is not something under consideration at this time."

Yet Tuesday, President Trump told reporters: "I've been thinking about payroll taxes for a long time."

The Obama administration cut the payroll tax from 6.2 percent to 4.2 percent in 2011 and 2012 to accelerate the recovery from the 2008 financial crisis. The tax was fully restored in 2013.

The payroll tax is used to finance safety net programs, including Social Security and Medicare. Democrats have been more likely to support cutting the tax as a stimulus benefiting the middle class. Republicans more often support cuts in the capital gains tax, which economists see as providing greater benefits for the wealthy. The New York Times reports the White House is also considering a capital gains cut.

The reports come amid concerns over a slowing U.S. economy, and fears that Germany and Britain are already sliding into a recession. The German economy shrank in the second quarter of 2019, with analysts blaming rippling effects of the U.S.-China trade war and fears over Brexit.

But he did call out the chairman of the Federal Reserve via Twitter, demanding a cut in the Fed funds rate from 2.25 percent to 1.25 percent. Yet economists warn that would leave little room to cut interest rates if a recession does set in.