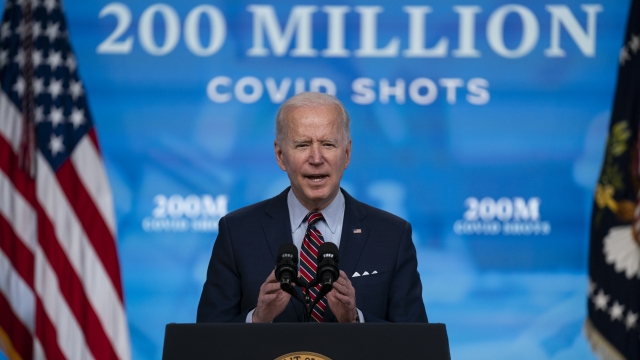 SMS
White House Still Struggling To Convince Some Vaccine Holdouts
By Kellan Howell
By Kellan Howell
June 4, 2021
Several states in the South and West are lagging behind on COVID vaccination and may not reach the White House's goal of 70% by July 4.
SHOW TRANSCRIPT

With one month left to reach President Biden's goal of vaccinating 70% of adults against COVID-19, millions of Americans still haven't gotten their shots.

The director of the National Institutes of Health tells Newsy why he thinks people are still hesitant.

"Some of them, I think, are skeptical about the vaccine. Some may have heard various rumors or conspiracies about the dangers associated with it. Some of them are people of faith who aren't quite sure that this is necessarily part of God's plan. Some of them have been influenced by politics," Dr. Francis Collins said.

According to a recent Census Bureau survey, over half of Americans who are hesitant to get vaccinated say it's because they are worried about negative side effects.

States in the South and West are the most hesitant.

White House officials say they are working with evangelical church leaders and trusted community leaders to reach these groups, but admit to Newsy they know some Americans just can't be convinced — at least not yet. They dismissed the idea that former President Trump could be a secret weapon to convince his supporters, many of whom are holding out on getting vaccinated.

Dr. Collins says the best way to reach people who are resisting the vaccines is listen, don't lecture:

Hesitancy is highest among people under 40 and those without a college degree.