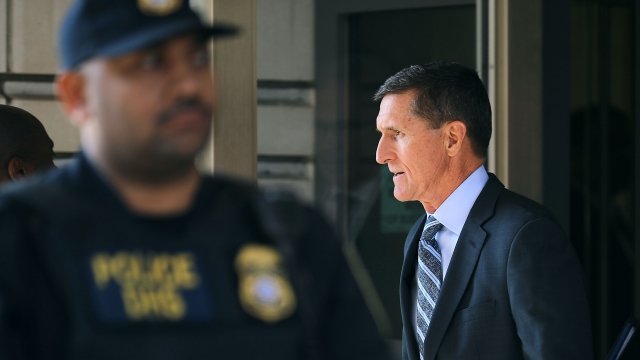 The White House was pretty mum after former national security adviser Mike Flynn's plea deal in the Russia probe. That is, until it sent out a statement from its lawyer Friday.

As part of his plea deal, Flynn said a senior member of President Donald Trump's transition team directed him to contact Russian officials in December 2016.

Flynn was charged with knowingly making false statements to the FBI about his communications with Sergey Kislyak — the Russian ambassador to the U.S. at the time.

Flynn ultimately resigned as national security adviser in February after misleading Vice President Mike Pence about discussions he had with Kislyak.

As of early Friday afternoon, there was no press briefing on the White House calendar. And a scheduled press event for Trump's meeting with a Libyan leader was abruptly canceled.