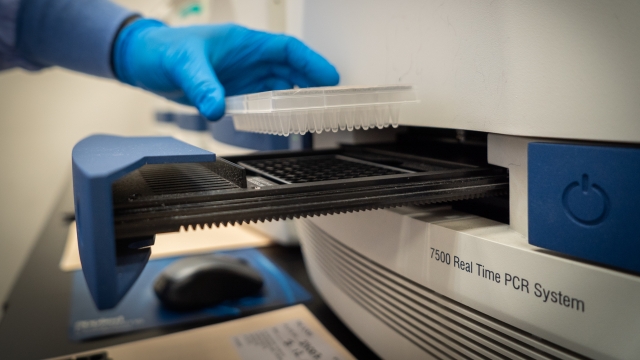 In pooled testing, running several samples at one time is faster but the process is only effective in areas where cases are low.

Members of the White House Coronavirus Task Force have used the term “pooled testing” a lot lately. But they're not talking about its shortcomings. So what is pooled testing exactly?

It works like this: Instead of collecting individual COVID-19 tests and running one at a time, several samples are combined into one. If the pool comes back negative, the group is good to go.

“The advantage, of course, is that you need less tests,” said Dr. Sadiya Khan an Epidemiologist at the Northwestern University Feinberg School of Medicine.

Members of the task force tell Newsy the process could save time, something the U.S needs.

“Let's say you got in 30 samples from a classroom, you can combine them there, you can bind them in 10 so that for 30 kids, you run three samples,” said Dr. Deborah Birx.

In a statement to Newsy, Quest Diagnostics, one of the biggest commercial labs in the U.S., says current wait times for individual tests are anywhere from two days for priority patients, like people in hospitals, to two weeks for others.

This week, the FDA granted Quest emergency use to begin pooled testing, hoping it can free up the backlog.

However, pooled testing has its limits. One, it’s only effective in areas where cases are low.

Quest says in order to work, the pooled test has to come from a place with a positivity rate under 10 percent, which cuts out hard hit areas like Florida — where the current positivity rate is around 18 percent.

They add that with positivity rates “soaring” in places like Florida, they still don’t know how much pooled testing will actually help them increase capacity.

Dr. Sadiya Khan, an epidemiologist at the Northwestern University Feinberg School of Medicine, says pooled testing could actually end up requiring extra time. If a sample comes back positive, the samples will need to be tested individually.

“I think the problem with coronavirus is we know how quickly it can spread in a community. Even that delay from the sequential or the pooled testing approach requiring sequential tests could mean substantial amounts of people being infected while we sort that out,” said Khan.

Khan says the answer to slowing the spread is something we've known all along — testing along with contact tracing.

“I think it really misses the point of being able to identify and do the cost-intensive approach of contact tracing. So it's almost like it's on the other end of the extreme of what we think is the best approach,” said Khan.