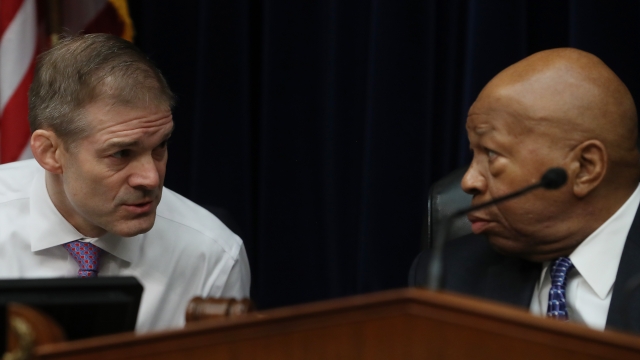 Former Personnel Security Director Carl Kline will appear before the House oversight committee after being threatened with a contempt charge.

The Trump administration says a former White House personnel security director will testify before the House Oversight and Reform Committee — a concession amid recent tensions between House Democrats and the president.

Carl Kline's testimony has been a subject of contention in Washington. The former security official was first subpoenaed after Tricia Newbold, a former White House staffer, accused him of improperly granting security access to the president's son-in-law, among others.

She said senior adviser Jared Kushner was among two dozen denials later overturned by President Trump and that Congress was her last hope in addressing the issue.

Kline skipped his first appearance at the behest of the White House, which has been blocking some congressional inquiries since Democrats took control of the House. That led House Oversight and Reform Committee Chairman Elijah Cummings to announce he'd vote to hold Kline in contempt for ignoring a legally mandated appearance.

Now, days later, the White House has walked back its previous stance — saying Kline will appear before the committee as long as his testimony is limited to "policy and practices." Kline's appearance is set for Wednesday.

Nnamdi Egwuonwu is a content producer at Newsy. Though he writes a variety of stories, he enjoys highlighting those with a culture or social issue focus. When he's not at Newsy, Nnamdi also produces, anchors and reports for KOMU-TV, a local NBC station based out of Columbia, Missouri. He'll be graduating from the University of Missouri in May 2019 with a bachelor's degree in journalism, emphasizing in convergence television reporting, and minors in business and sociology. Nnamdi is from Atlanta, Georgia, and of Nigerian heritage. In 2016, he traveled back to Nigeria in a trip that marked the first of several international ventures. Since then he's been to Cuba, Spain, Italy, Belgium, the Czech Republic and China, where he covered the 2018 China Open Tennis Tournament. One of Nnamdi's passions within journalism is lending a voice to marginalized communities or those who often go unheard. He hopes to continue incorporating elements of this within his work during his time at Newsy. Nnamdi one day hopes to interview Bill Gates, Oprah Winfrey, Beyoncé and J. Cole.