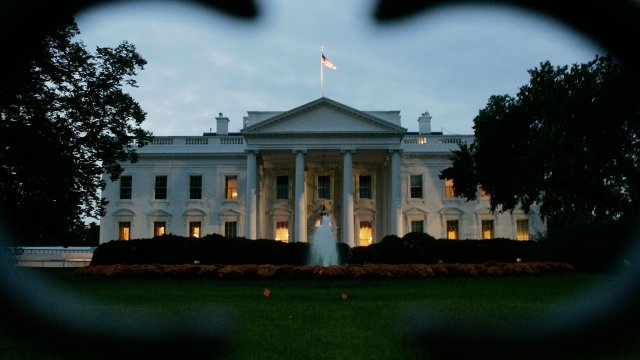 It's for mid-level staffers who might get caught up in the Russia probes.

White House employees who will need help paying legal fees related to the Russia probes are this much closer to getting some free legal help. President Donald Trump's legal team said a legal defense fund for mid-level staffers is just about set up.

A legal defense fund is set up to help pay for things like court filings and attorneys' fees for folks who, frankly, can't afford it. The investigation into Russian meddling is complicated and being done by the House, Senate and a special counsel. And that means it's likely going to get pretty expensive pretty fast.

The White House legal fund is still working out who can donate to the fund, how the money will get to the staff and who will actually manage the money.

And it's setting off alarm bells for some in the ethics community.

This is not abnormal. Defense funds are pretty common when major investigations occur; funds were set up during the Clinton administration for the special counsel and congressional probes.

The special counsel investigating Russia, Robert Mueller, has apparently already started to interview White House aides for his investigation. So far, more than two dozen people have lawyered up, including the president; his veep; his son-in-law and senior adviser Jared Kushner; former chief of staff Reince Priebus; and Communications Director Hope Hicks.

That's a pretty wealthy group of people, but not everyone can afford lawyers — especially when D.C. attorneys can charge fees in the neighborhood of $1,500 an hour for cases like this.

The fact that this fund is so close to being set up makes it clear that the White House expects Mueller's investigation to move along quickly, and that it will probably enmesh a larger group of staffers than previously reported.