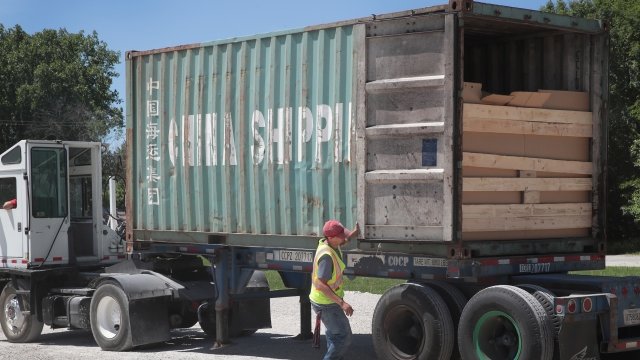 During a call with reporters Tuesday, the U.S. Department of Agriculture said up to $12 billion in emergency relief will be used to help farmers.

The Trump administration will provide aid to U.S. farmers affected by escalating trade tensions with China.

During a call with reporters Tuesday, the U.S. Department of Agriculture said up to $12 billion in emergency relief will be used to help farmers hurt by retaliatory tariffs from China.

Some farmers voiced concerns after China retaliated against Trump's tariffs with tariffs of their own targeting U.S. exports of goods like soybeans, pork and beef. The tariffs could cost farmers billions of dollars in losses.

The Agriculture Department says the aid will come through a direct assistance program.