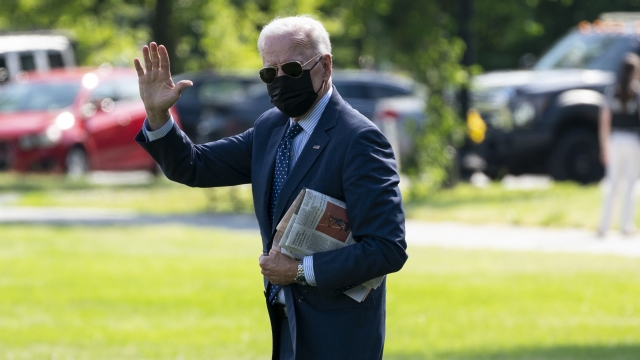 He'll meet with Queen Elizabeth II at Windsor Castle as part of his European tour this month.

Between June 10 and 16, he will also meet with British Prime Minister Boris Johnson before heading to a NATO summit in Belgium, where he also plans to speak with Turkish President Recep Tayyip Erdogan.

Later in Geneva, the U.S. leader will have a much-anticipated summit with his Russian counterpart President Vladimir Putin.

That will be their first in-person meeting since President Biden took office.