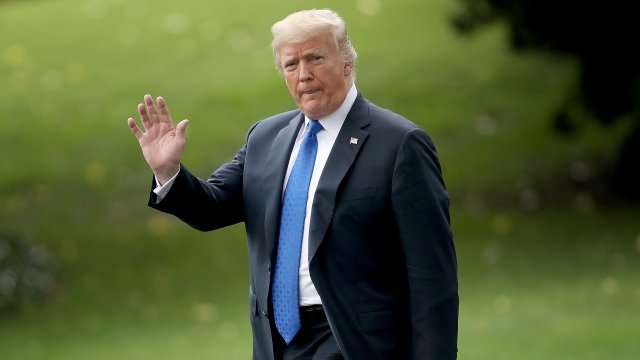 Did President Trump mock Dr. Christine Blasey Ford at his rally in Mississippi Tuesday night? Depends on who you ask.

Trump's comment got laughter and applause from the crowd, but he's been hit with criticism back in Washington D.C. And some of that has come from members of his own party.

"You can't blame other people for what the president says. I thought it was obviously insensitive and appalling, frankly. It's no time or place particularly to discuss something so sensitive, at a political rally. It was just wrong," Sen. Jeff Flake said.

The White House is defending his remarks.

Aside from the credibility of Ford's allegations, the White House is still trying to secure the votes to confirm Brett Kavanaugh. Sens. Flake and Collins are two of the handful of lawmakers yet to decide how they plan to vote.