White House Counsel Don McGahn Will Step Down This Fall 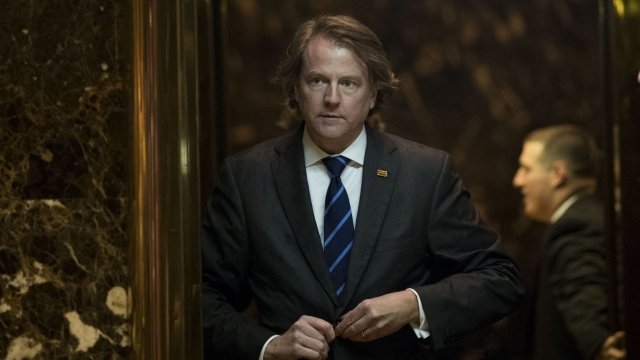 White House counsel Don McGahn will be stepping down this fall.

President Donald Trump tweeted on Wednesday that McGahn will leave his post "shortly after the confirmation (hopefully)" of Supreme Court nominee Brett Kavanaugh. Trump said he's worked with McGahn for a long time and appreciates his service.

Flood has a lot of experience at the White House. He was part of a team of lawyers that represented former President Bill Clinton during his impeachment process. And he was a lawyer in the White House counsel's office during George W. Bush's second term in office.

Flood joined President Donald Trump's legal team in May to help with the Russia probe.

The news of McGahn's departure comes about two weeks after The New York Times reported that he has been cooperating with special counsel Robert Mueller's Russia investigation. He's reportedly given more than 30 hours of testimony over the past nine months.