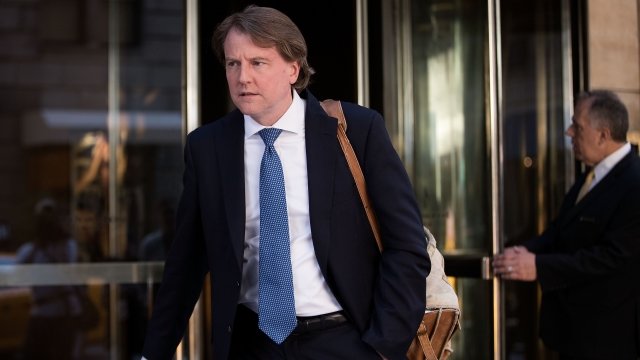 A report by The New York Times says McGahn has given over 30 hours of testimony over the past nine months.

The report notes that it's unusual "for a lawyer to share so much with investigators scrutinizing his client ... but Mr. McGahn views his role as protecting the presidency, not the president."

President Donald Trump said on Twitter Sunday that he "allowed" McGahn to testify and that he has "nothing to hide."