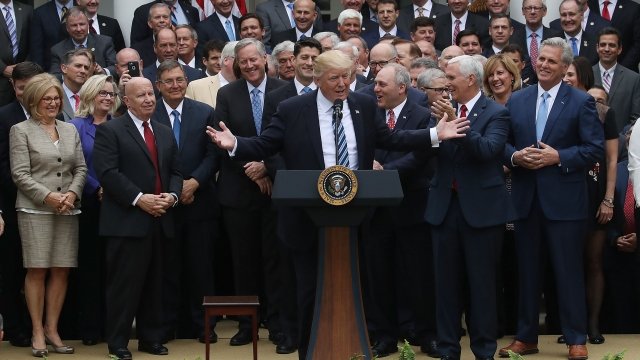 By Eugene Daniels
August 22, 2017
A small group of top decision-makers could be reaching a consensus on key tax reform provisions.
SHOW TRANSCRIPT

Republicans in the legislative and executive branch are hoping they can come together on tax reform for a huge legislative win. And a small team from Congress and the Trump administration have apparently taken huge strides in making that happen.

Sources say that group has reached consensus on some ways to pay for tax cuts on the individual and corporate level, which is a lot further than tax reform talks have gotten as of late. The main part of the reform that relates to most Americans is simplifying the tax code to just three tax brackets with cuts across the board.

As for the corporate side of things, it's likely the rate will land between 22-25 percent. The president has pushed for a 15 percent corporate tax rate, but experts say that's unrealistic without some type of new tax coming with it.

And that's one of the keys to passing tax reform — the cuts need to be balanced by new revenue. Congressional rules mean Republicans can't pass a tax reform bill that adds to the deficit without leaving it vulnerable to a Democratic filibuster. 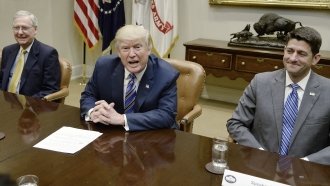 Any bill that leadership hammers out still has to get through both chambers of Congress where ideological differences still linger between GOP factions — those divides sunk health care.

Tax reform is something that really gets Republicans of all stripes going. But it can also reveal cracks in a party over how it should be approached. That's always made a big tax overhaul such a hard thing for anyone to pass.