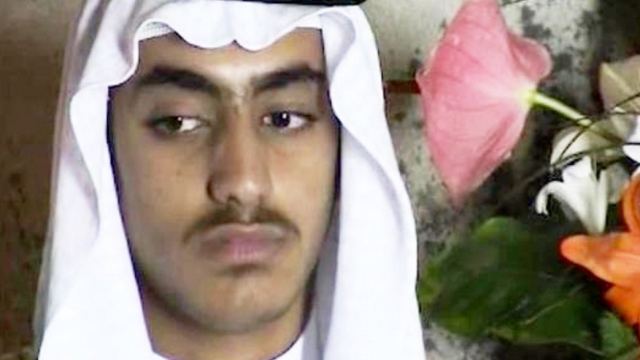 Earlier this year, the State Department offered a $1 million reward for information on Hamza bin Laden's whereabouts. His death was reported back in July but hadn't been confirmed by the U.S. government.

In a statement on Saturday, the White House said he was killed in a U.S. counter-terrorism operation in the Afghanistan-Pakistan region. It went on to say that bin Laden's death "not only deprives Al-Qaeda of important leadership skills and the symbolic connection to his father, but undermines important operational activities of the group."

Hamza bin Laden was officially announced as a member of Al-Qaeda in 2015. And in 2016, he released an audio message calling for Syrian jihadists to take action to liberate Palestinians. That same year, he released another message, titled "We Are All Osama." It threatened revenge against the U.S. after the death of his father.