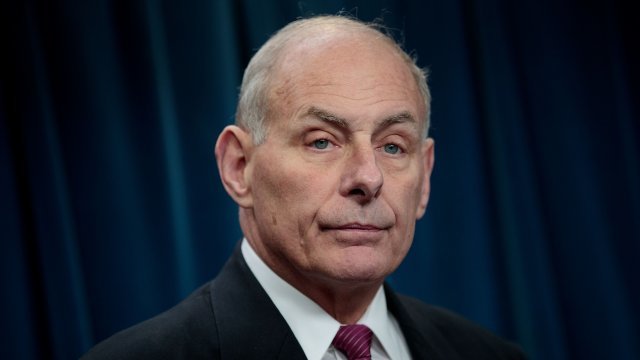 By Stephanie Liebergen
December 8, 2018
President Donald Trump said Kelly will leave his post by the end of the year.
SHOW TRANSCRIPT

White House chief of staff John Kelly is out.

The move may not come as a surprise. Rumors of Kelly's impending departure have been swirling for months, and his relationship with President Donald Trump was reportedly turbulent.

The Washington Post said Kelly angrily threatened to quit in March and had to be calmed down by other senior officials. That was reportedly not the first time he threatened to leave.

In April, the Associated Press said Trump was shutting out his chief of staff and the president was "tired of being told no" by Kelly.

But there were also reports of Kelly butting heads with others in the West Wing, including national security adviser John Bolton.

Trump tapped Kelly as chief of staff in July 2017, pulling him from his spot as Secretary of Homeland Security.

The president didn't immediately say who will take the job as his third chief of staff.