White House: Some Countries Could Be Exempt From Proposed Tariffs 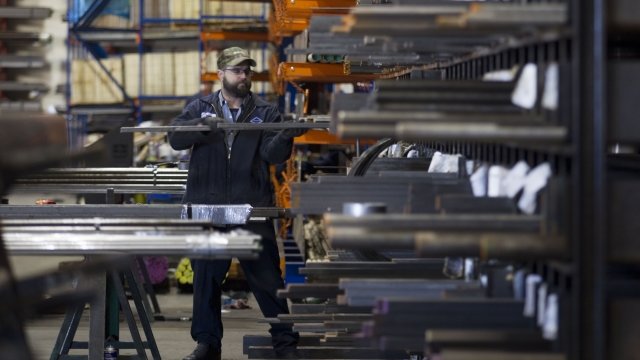 The White House said the decision would be based on national security and that other exemptions might be made on a "case-by-case" basis.

White House press secretary Sarah Sanders said "potential carve-outs for Mexico and Canada" may be signed. She said the decision would be based on national security, and that other exemptions might be made on a "case-by-case" basis.

Earlier in the week, Trump also said our northern and southern neighbors could avoid the tariffs on steel and aluminum if a "new & fair NAFTA agreement is signed."

Trump's tariffs seem to be directed at cheap Chinese materials, but an analysis from a highly rated U.S. economic think tank projects Canada would be hit nearly five times harder than China if blanket tariffs were enacted. A handful of American allies would also be hit harder than China, according to the report.

And those nations are already gearing up to impose retaliatory tariffs on the U.S., targeting industries in Republican-held states like House Speaker Paul Ryan's Wisconsin and Senate Majority Leader Mitch McConnell's Kentucky.

Trump is pushing the tariffs as a national security necessity, but also as a way to revitalize the U.S. steel industry, which employs around 140,000 people. Former President George W. Bush's similar steel tariffs and the resulting trade war in 2002 cost around 200,000 Americans their jobs, according to a separate analysis.