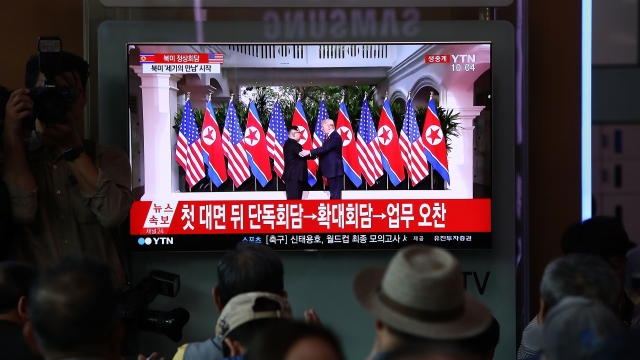 The White House made the announcement on Twitter, saying President Trump “looks forward to to a second summit with Chairman Kim.” The summit is expected to take place near the end of February, but the location is still up in the air.

The announcement comes after North Korea's lead negotiator met with the president and Secretary of State Mike Pompeo to discuss denuclearization and a second meeting.

The North Korean envoy visited the White House shortly before the historic first summit meeting in Singapore last June. Although the meeting ended with a pledge to denuclearize the Korean peninsula, talks have since stalled over sanctions. North Korea wants those sanctions lifted as a goodwill gesture, but the Trump administration said it will only lift sanctions on Pyongyang once the country completely denuclearizes.