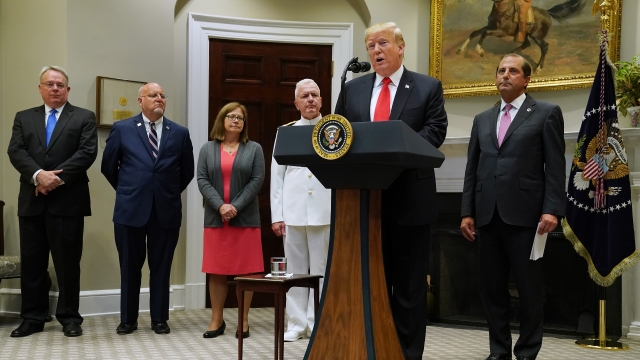 On Wednesday, President Donald Trump announced his administration is awarding nearly $2 billion in grants to states and local governments to combat the opioid crisis.

"Together, we'll save thousands and thousands of fellow Americans and families of so many people," President Trump said. "We'll not rest until every American child can grow up free of the menace of drugs, empowered to realize their full and unlimited potential."

The Substance Abuse Mental Health Services Administration is giving every state in the U.S., along with some U.S. territories, $932 million to provide treatment, recovery and prevention. Health and Human Services Secretary Alex Azar said the money is made possible after the president secured funding from Congress in 2018.

The Centers for Disease Control and Prevention is getting another $900 million over three years to help state and local governments track overdose data. Forty-seven states, Washington, D.C., 16 localities and two territories will be sharing $301 million of that money during the first year.

Azar said drug overdose deaths decreased by 5% from 2017 to 2018 — "the first decline in two decades." But he said "more needs to be done to prevent Americans from being addicted in the first place."