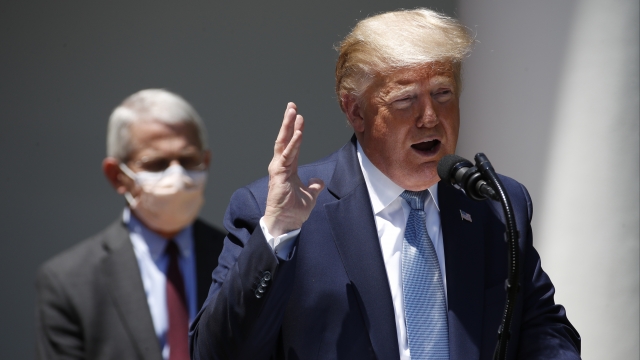 The White House and infectious disease expert Dr. Anthony Fauci are reportedly at odds as coronavirus spikes continue across the U.S.

Additionally, the White House said in a statement to CNN Saturday that "several White House officials are concerned about the number of times Dr. Fauci has been wrong on things."

Fauci — who's the director of the National Institute of Allergy and Infectious Diseases and has advised six presidents — has openly disagreed with President Trump's claims about the virus.

In an interview with the Financial Times, Fauci drew a connection between "speaking the truth" and his diminished TV appearances. He also undermined President Trump's claims that 99% of coronavirus cases were harmless which he said was "obviously not the case."

Despite this, Fauci is slated to be in the West Wing Monday, according to CNN.