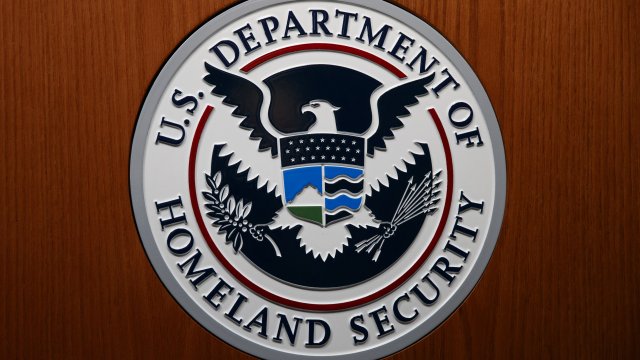 SMS
Whistleblower: DHS Minimized Russian Threats To Help President Trump
By Sasha Ingber
By Sasha Ingber
September 11, 2020
"Time and time again this administration is raising issues and concerns as far as how it deals with and reacts to Russia," says his lawyer, Mark Zaid.
SHOW TRANSCRIPT

"It is certainly and by no means a coincidence that it seems that time and time again this administration is raising issues and concerns as far as how it deals with and reacts to Russia."

"The allegations go to another theme, which is to try and personally promote the president's interests for re-election, to downplay what would be harmful to this president, and at the same time, promote any negative information that would go to his opposing candidate, Vice President Biden," says Zaid.

Zaid is representing Brian Murphy, the former intelligence head of the Department of Homeland Security. Murphy says that in August, he was demoted, after refusing to follow orders to stop reporting on Russia and instead focus on China and Iran. That's a directive that former national security officials have picked up on, though they acknowledge China and Iran are still legitimate threats.

"There seems to be almost a compulsion that if you're going to say Russia is doing something, you've got to say China and Iran are doing something as well," says Larry Pfeiffer, former chief of staff at the CIA.

"It's totally false. And I don't think there's anyone who's been tougher on Russia in this administration than I have been or the president for that matter has been," O'Brien told Fox.

Homeland Security head Chad Wolf, another implicated official, says the agency is protecting the country from all threats:

"Beyond our shores, we face an ever-changing threat landscape as the governments of China, Iran, and Russia target our election systems, each with its own separate and nefarious motives and tactics. But we are ready," Wolf said.

It comes as the government announces new sanctions and criminal complaints on Russia-aligned actors for interfering with the election — but also after Homeland Security delayed an intelligence product assessing Russia was undermining Democratic nominee Joe Biden.

Zaid tells Newsy he's waiting to hear back from Homeland Security about whether it intends to block Murphy's testimony. He's scheduled to testify before the House Intelligence Committee later this month.

"Brian Murphy is a former Marine, having served in active duty and in war zones and was a seasoned FBI agent for almost or approximately two decades," Zaid says. "This is someone who can take the heat."