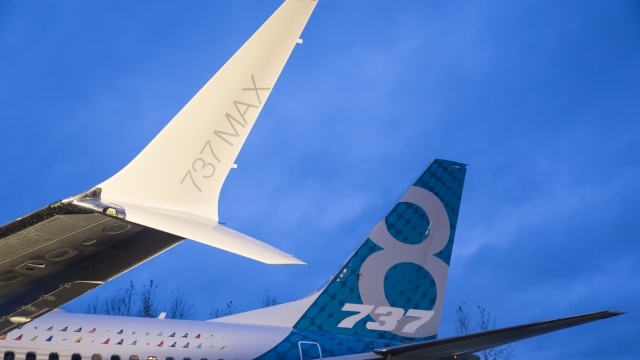 In interviews with The New York Times and NBC News, Ed Pierson said he talked to company executives about manufacturing and safety issues at Boeing's Washington plant in June 2018.

In an email to the head of the Boeing 737 program, Pierson wrote, "For the first time in my life, I'm sorry to say that I'm hesitant about putting my family on a Boeing airplane."

He says he recommended production be halted while Boeing worked to address a number of recurring factory issues, including exhausted employees making mistakes, parts getting damaged and tools going missing. Boeing instead reportedly continued to pressure workers to complete planes on an accelerated schedule.

Pierson said he brought up his concerns after the Lion Air crash in October 2018 — a plane that had been built in Renton, Washington. Pierson said his efforts still went unanswered, even after another 737 Max plane crashed in Ethiopia in March.

He says that he also reached out the FAA, the NTSB and the Department of Transportation, but they either didn't respond or seemed uninterested.

Boeing denies Pierson's claim, saying it "took appropriate steps to assess" his concerns. It's worth noting that preliminary reports suggest both crashes might have stemmed from trouble with the angle-of-attack sensors. That safety feature is meant to tell pilots if the plane's sensors are transmitting false data about the pitch of the plane's nose. Boeing says a link between Pierson's concerns and the crashes is "completely unfounded" and "inconsistent with the facts" about the accidents.

Pierson is scheduled to testify before the House Transportation and Infrastructure Committee  on Wednesday.