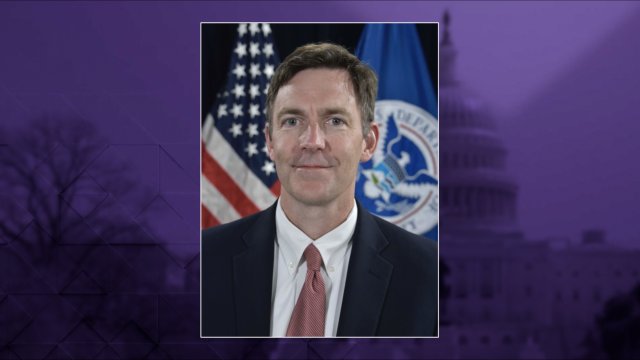 In 2020, intelligence official Brian Murphy filed a whistleblower complaint against the Department of Homeland Security. He accused top officials of pressuring him to suppress intelligence on Russia, and instead focus on China and Iran.

This week, the DHS' top watchdog validated his allegation.

NEWSY'S SASHA INGBER: With this new report from the inspector general, do you feel vindicated?

BRIAN MURPHY: Oh, absolutely. So thanks for the question. I do feel vindicated. They tried to suppress the intelligence and they fed right into the hands of how the Russians go about their disinformation campaigns.

The report from the DHS Office of Inspector General says staff altered an intelligence product about Russian interference in the 2020 presidential election. It dealt with Russia's efforts to stoke concerns of then-candidate Biden's health, diluting the analysis by adding information on China, Iran, and President Trump. The report says then-Acting DHS Secretary Chad Wolf inappropriately joined the review process, delaying its approval and dissemination.

INGBER: What's going through your head as this happens?

MURPHY: It got heated at times where he would, in a number of instances, try to get me to do unethical things. And I refused. So I knew that it was going to continue to be rough waters. But at the end of the day, that was secondary to doing the right thing.

The Government Accountability Office later found acting Secretary Wolf was appointed illegally. Murphy ultimately dropped his complaint, saying DHS settled with him. But he tells Newsy there is much more that the inspector general's office should investigate.

"There are a number of players that were in the administration that are culpable of very similar egregious disrespect for law and policy and are unethical," Murphy said. "They have not been evaluated and I hope the inspector general does the right thing, continues to evaluate what's going on."

For one, he says officials in the Trump administration held back intelligence about White supremacists, which inhibited Homeland's Security ability to track threats before the Jan. 6 insurrection.

Today, he and disinformation experts say Russia is trying to undermine American support for Ukraine, where Russian war crimes are unfolding nearly every day, and trying to stoke American extremism.

INGBER: Can you give me a sense of how concerned you are about Russia's efforts to influence the upcoming election and the 2024 presidential election?

MURPHY: The real work the Russians do is in between the elections where they pick the most divisive issues in our country and they amplify the discontent of Americans and pit us against each other. And that is the win that they're looking for in the long run.

Murphy says ultimately no political party will win, only Russia itself.