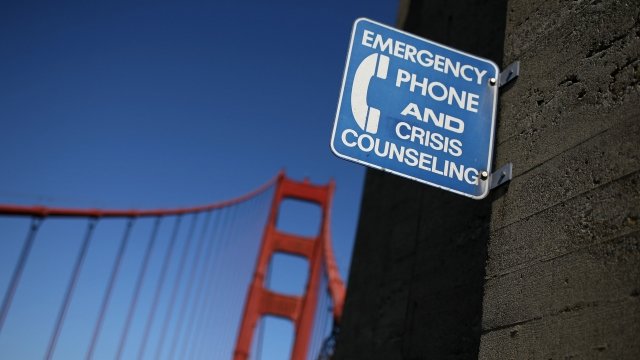 SMS
American Suicide Rates Keep Climbing — Silence Only Makes It Worse
By Chance Seales
By Chance Seales
May 31, 2018
While suicide rates decrease in the rest of the developed world, the U.S. faces a growing problem. And it doesn't help if no one talks about it.
SHOW TRANSCRIPT

Suicide is an uncomfortable topic. Even now, there's a cultural taboo around the word. Is it OK to openly talk about suicides? Does giving suicide more attention make it more likely? If I see someone I think could be at risk or if I'm feeling depressed, what do I do?

While much of the rest of the developed world is seeing decreased suicide rates, the U.S. rate is rising. It's now the country's 10th leading cause of death, and experts say we can't continue turning a blind eye or stigmatizing suicides.

Chance Seales of "The Why" tackled this difficult issue and spoke with both The Economist journalist Idrees Kahloon and clinical social worker Jennifer Weaver.

If you need to talk to someone about suicide prevention, call the National Suicide Prevention Lifeline at 1-800-273-8255 or text "HOME" to the Crisis Text Line at 741741.

You can see "The Why" Monday through Thursday from 7 to 9 p.m. Eastern on the Newsy channel. Click here for local listings.