Which Stephen Colbert Will We See On 'The Late Show'? 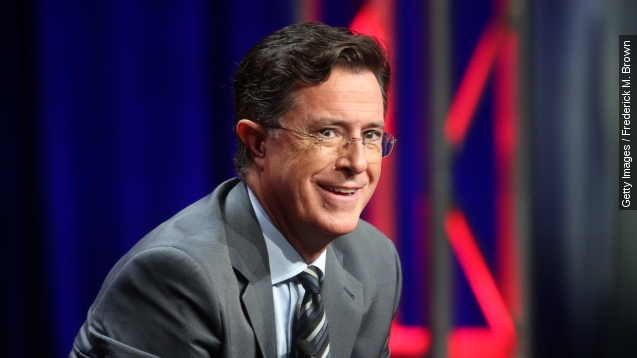 The biggest of which is probably: Who will he be?

And while Colbert himself says he's eager to drop the character, from what we've seen, shaking off some of the character's traits might not be that easy. (Video via Time, CBS / 'The Late Show With Stephen Colbert')

Rapper Eminem asked, "I'm trying to figure out if you're serious or if ..."

"I'm very serious. If you don't have a retirement fund by the time you're 50, you're dead in the water," Colbert responded.

In that interview with Eminem, Colbert had no problem playing ignorant to make his subject uncomfortable, which was his M.O. on "The Report."

"I'm willfully ignorant of what I'm going to talk about, so disabuse me of my ignorance," Colbert told then-Sen. John Kerry. (Video via Talking Points Memo)

Which did make for some great TV.

"Does that mean you can only raise your fist about this high? Can you raise it higher than that?"

"That's a question I can't even answer because it's so stupid."

So don't be surprised if — when Colbert starts his stint as "Late Show" host — the man behind the desk seems familiar.