Which Sport's Wild-Card Teams Have The Best Shot At Winning A Title? 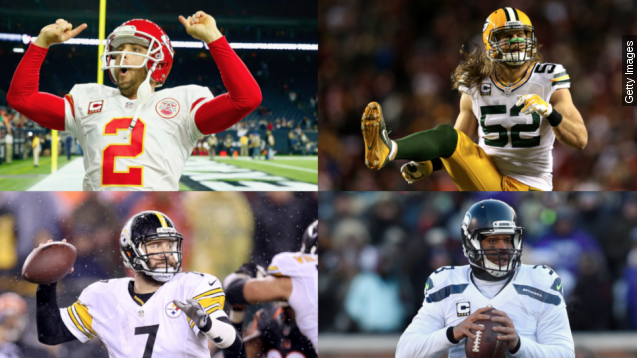 So much for home-field advantage. For the first time in NFL history, all four wild-card teams secured victories over the weekend, and that comes as a big surprise.

Since 1970, just six teams have won the Super Bowl without also winning their division, meaning the Chiefs, Steelers, Packers and Seahawks have a tough task ahead of them.

That got us thinking, which sport's wild-card teams have the best shot at winning a title?

Baseball certainly has a good case. Since adding a wild card in 1994, Major League Baseball has crowned six wild-card teams as champions, including the miraculous 2004 Red Sox.

Though, the MLB playoffs are much more exclusive with just two wild-card teams getting the chance to face division winners.

Hockey, on the other hand, lets 16 teams into the playoffs but still manages to see plenty of low seeds win the Stanley cup.

The NHL has reformatted its playoff structure three times in the past 22 years, so the definition of a wild card keeps changing. But in that time, teams with a five, six and the lowest possible eight seed have managed to secure a title.

Basketball, the other major sport with 16 playoff participants, couldn’t be any more different. Since their playoff format changed in 1984, 81 percent of teams vying for the NBA title have been either one or two seeds.

In fact, the lowest seeded team to ever win the Larry O’Brien trophy was the 1994-95 Rockets, who were helped by the midseason acquisition of Clyde Drexler, and Michael Jordan’s decision to play baseball for a while.

So it won’t be easy for the NFL wild-card teams going forward, but they'll have a much better shot than teams with the same seeding in the top-heavy NBA.