Where's All Our Graphene Consumer Tech? 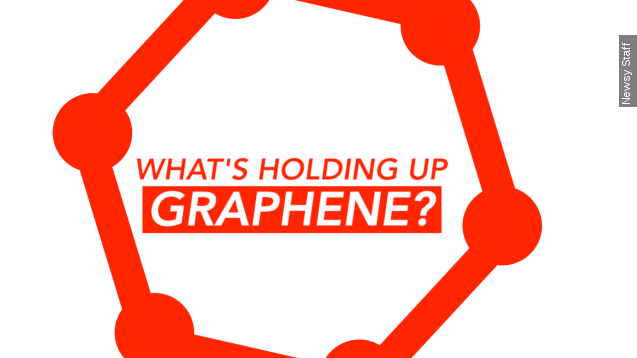 SMS
Where's All Our Graphene Consumer Tech?
By Evan Thomas
By Evan Thomas
November 7, 2015
Despite heavy investment and significant advances in materials science, graphene doesn't have the scale or the cost-efficiency to leave the lab yet.
SHOW TRANSCRIPT

Science has promised us the graphene-coated world.

The lattice of carbon atoms is sometimes called a "wonder material," and rightly so: single sheets of it are almost transparent. It's the thinnest known thing in the universe, the best known thermal and electrical conductor in the universe and more than 200 times stronger than steel.

There are reams of proof-of-concept studies that show the single layers of carbon atoms could be useful for everything from DNA sequencing to water filtration to high-efficiency energy storage. (Video via Institute of Physics, Cambridge University)

So why is it still wiggling around under lab lights instead of working its way into every consumer product imaginable? (Video via Donghua University)

Two big problems. First: Until recently, it was incredibly pricey.

In 2008, it was one of the most expensive materials on the planet. The synthesis process — a high-tech affair involving pencil graphite and plastic tape — rang in at more than $1,000 for a sample less than the thickness of a human hair. (Video via nanoGUNE)

These days, scientists have methods better suited to cranking it out in greater quantities, and for much cheaper — though still not cheaply enough for wide-scale industrial production. (Video via University of Manchester)

Meanwhile, investment for the whole industry has taken off: $4.2 billion as of June 2015, by one count. The EU has granted a billion euros for research, and England hosts an institute at the University of Manchester for all things graphene. (Video via BAM Construct UK)

That's the second problem: All that money sinking into graphene is outpacing its use cases.

Researchers at Manchester U say they're closing in on "commercially viable" graphene-coated LED lightbulbs, which would reportedly run cooler than their noncoated brethren. (Video via Manchester University)

And some companies are now confident enough in the market to sell you a graphene-imbued tennis racquet or bicycle tire that may or may not give you some sort of competitive edge. (Videos via HEAD, Vittoria)

But researchers worry even if we gave the graphene industry 10 years to mature, it still won't clear $350 million in sales. That's a lot of tennis racquets.

For what it's worth, the U.K. Patent Office shows graphene patents are increasing at an exponential rate.

But for graphene to stick, says one writer at Nature, "It will need to find a role in which it dramatically and reliably outperforms existing technologies at a reasonable cost."

So keep trying stuff, scientists. After all, it's thanks to you and your heat lamp experiments that we know what graphene is capable of. (Video via Donghua University)