Where In The World Did The CIA Outsource Torture? 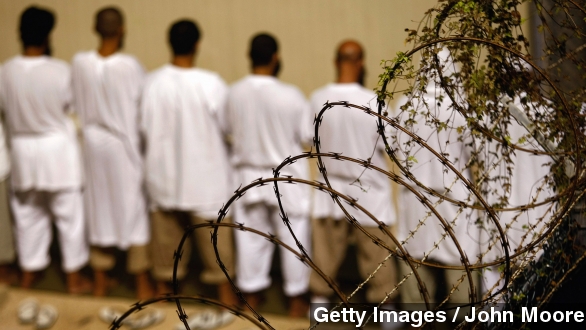 In graphic detail, the U.S. has now owned up to its torture of terror suspects after 9/11. But what about the countries that made the CIA program possible?

On Sept. 17, 2001, President Bush issued a still-classified directive authorizing the CIA to hold and interrogate prisoners at so-called "black sites" throughout the world. (Video via The George W. Bush Presidential Library)

Nowhere are the countries that hosted those secret prisons named in the 528-page summary of a Senate report released Tuesday. The names of every single foreign participant are redacted.

Cross-referencing with other clues in the report, The Washington Post did some detective work and might have identified the five countries referenced — Poland, Lithuania, Romania, Afghanistan and Thailand.

But the full scope of the CIA's rendition and interrogation program goes beyond the five countries referred to in the report. That's because, in a program known as extraordinary rendition, the CIA was transferring detainees — without due process — to foreign governments who would conduct their own interrogations.

Last year, human rights investigators at the Open Society Justice Initiative compiled a now-widely cited list of the governments they said cooperated in the rendition program.

There were at least 54. That's more than a quarter of the world. Many were in Europe, but dictatorships in Egypt, Libya and Syria were also named — countries the U.S. has frequently condemned for human rights abuses.

Though to be fair, many of the countries named by Open Society did not directly participate in torture. They supported the program in other ways, including sharing intelligence or permitting use of their airspace.

The reaction to the Senate report from many of those countries was, perhaps unsurprisingly, somewhat muted Tuesday. Some of the world's most repressive regimes, on the other hand — including China, North Korea and Iran — took the opportunity to gloat and accuse the U.S. of double standards.