Unions Helped Make Labor Day A Holiday. But Where Are They Now? 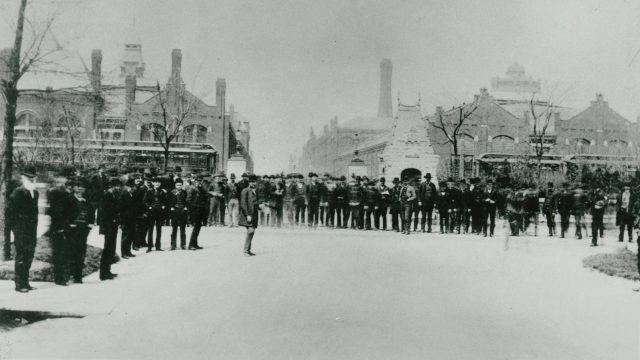 SMS
Unions Helped Make Labor Day A Holiday. But Where Are They Now?
By Katie Cammarata
By Katie Cammarata
August 28, 2019
Labor unions have existed for well over 100 years, but membership has petered out in the last few decades.
SHOW TRANSCRIPT

The Pullman Railway Union strike in 1894 helped push for the creation of a federal holiday to celebrate and recognize workers.

Now, we celebrate Labor Day on the first Monday in September with barbecues and time with family. But while we keep the decades-old tradition going, labor unions aren't as popular as they once were.

Labor unions have existed for well over 100 years. They started as a way for employees to band together and demand better pay and benefits.

But union membership dropped by almost half between 1983 — the first year comparable union data was available — and 2018, according to the U.S. Bureau of Labor Statistics. To be clear, the actual number of union members only dropped by about 3 million — nowhere near 50%. But when you factor in population growth, the rate of union membership fell significantly: from 20.1% of workers in 1983 to just 10.5% in 2018.

So why has there been such a downward trend in union membership? The change came as the U.S. economy shifted its focus from manufacturing to services in the mid-20th century. And after President Ronald Reagan fired over 11,000 air traffic controllers for violating federal strike laws in 1981, union membership dropped pretty steadily. Strikes petered out, as well.

And new rules continue to impact unions. In May 2018, President Donald Trump signed three executive orders that restrict activities for unions that represent many federal employees. One orders government agencies to "negotiate better contracts with Federal unions" and hold down costs. Another cuts the working hours members can dedicate to union activities by an average of two-thirds and charges them rent to use federal office space for union business. And the third "streamline[s] the removal of poor performers."

Just a month after that, the U.S. Supreme Court ruled that states can't force workers who decline to join a union to pay for collective bargaining done by the union on their behalf.

There are people keeping the spirit of union strikes alive, though. In August, tens of thousands of AT&T workers staged a strike across the Southeast, calling for better labor practices. The Chronicle of Higher Education said 2018 saw the highest number of strikes at colleges since 2012. And teachers in several states walked out on the job in 2018 and 2019, making national headlines. All told, 2018 saw the highest number of worker strikes in more than three decades.