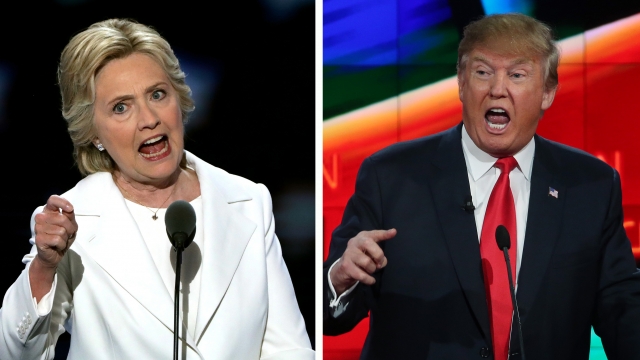 SMS
Why Facts Should Matter In Politics
By Matt Picht
By Matt Picht
October 26, 2016
FactCheck.org's Kathleen Hall Jamieson talks about where policymakers get their facts.
SHOW TRANSCRIPT

As part of our ongoing partnership with the University of Missouri's Kinder Institute on Constitutional Democracy, Newsy sat down with Kathleen Hall Jamieson of FactCheck.org to talk about facts and how they're used in politics. Here's what she had to say.

"If a policymaker wants to say, 'We have a problem, and here are some alternative solutions,' let's ask whether or not the solutions work: That is, how well do they address the problem? You have to begin by agreeing about the nature of the problem.

SEE MORE: Congress Is Already Trying To Take Away Trump's Keys To The Nukes

My name is Kathleen Hall Jamieson. I direct the Annenberg Public Policy Center at the University of Pennsylvania. I run FactCheck.org, which is one of the major fact-checking organizations that tries to hold politicians accountable for misuse of data.

It's a surprise to me that beginning in the last presidential general election, we actually saw them being attacked. That was new. That's not something that's happened historically. At the point at which politicians challenge the Bureau of Labor Statistics figures, we can't have a conversation about the nature of the problem. Because we don't agree about the underlying evidence.

Notice all the protections that we put in place: Congress agrees to who's going to head these things. The processes are all disclosed. There are academic reviews to make sure the methods are sound.

The media are very attuned to the idea that if there's dissent, that's important. And in a society such as ours, that's really important — not to squash dissent.

Always important to at least look to see whether there is something that backs this alternative. But treating a small number of outlier voices as if they have equivalent weight to a very large body of evidence and many voices can confuse the public and make policymaking much more difficult.

What do the custodians of knowledge say is known? What do the meta-analyses, the analyses of everything that we know, say about how well we know it, what the effect sizes are? And then, if there are those who say, 'Wait, but what about …?' Well, what is their evidence, and how does it counter-balance this? Is there something to it? If not, the voice should be a small voice, not a big voice or a balanced voice in the media."