Where Do Most People Cross The U.S.-Mexico Border Illegally? 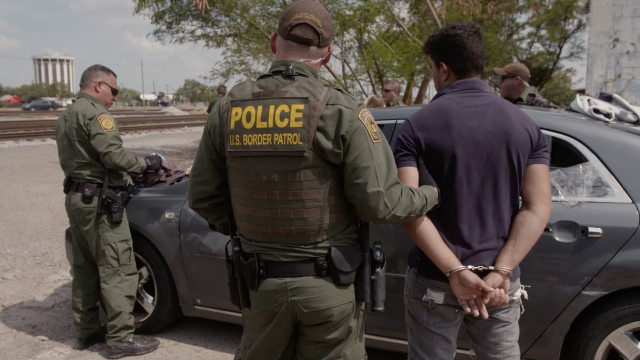 The number of people apprehended along the U.S.-Mexico border in the 2019 fiscal year more than doubled from the previous year. We wanted to know where the highest number of illegal crossings happened.

Illegal immigration is often tracked by the number of people apprehended between ports of entry. For the 2019 fiscal year, that number is over 851,000. A majority of those encounters — 61% — happened in the El Paso and Rio Grande Valley border sectors.

The El Paso Sector runs all along the southern edge of New Mexico and about 90 miles into the western corner of Texas. About 166 miles in this region have some kind of fencing — that includes the low vehicle barriers and the taller pedestrian wall. Illegal crossings in the El Paso Sector spiked in the past year. It's unclear what caused the sudden increase, but geography may be part of the reason. The river near El Paso, Texas, is shallow, making it easier to wade across. And Juarez, one of the biggest cities in Mexico, sits just on the other side of the international border.

The Rio Grande Valley Sector in southern Texas runs along the river, stretching 273 miles inland from the Gulf of Mexico. Fifty-five miles of primary fencing already exists there, and this region has been a key focus for the Trump administration's border building efforts. Customs and Border Protection recently awarded contracts to build 65 miles of new "border wall system" in south Texas. That system includes new lighting and security cameras, so the projects won't necessarily add 65 miles of new border wall.

For years, the Rio Grande Valley has consistently accounted for a high percentage of illegal crossings. The southern tip of Texas is about 1,100 miles from the Mexico-Guatemala border, making it one of the shortest trips for Central American migrants hoping to reach the U.S.