Where Do Gun Owners Stand On Popular Gun Reform Proposals? 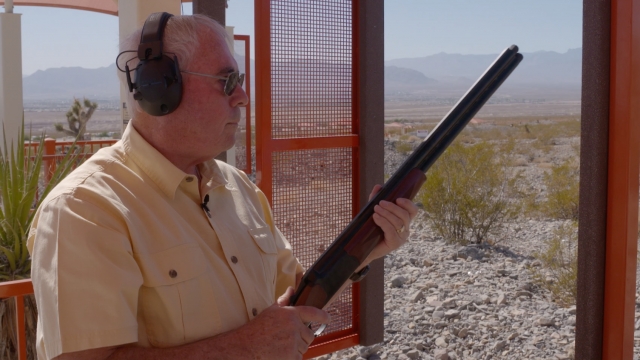 SMS
Where Do Gun Owners Stand On Popular Gun Reform Proposals?
By Christian Bryant
By Christian Bryant
October 18, 2019
We spoke to gun owners who say they want to address gun violence, but are split on some of the most expansive policies.
SHOW TRANSCRIPT

Nevadans, like Don Turner, like their guns. Turner is the president of the Nevada Firearms Coalition, a group of around 36,000 NRA members in a state with one of the highest rates of gun ownership.

Don Turner: "Guns have been an integral part of the American culture."

There's no federal registry of gun ownership in the U.S., so exact numbers of firearm owners are only estimates. But one survey found that there are more guns than people living in the U.S. That means there are a lot of Americans interested in protecting their right to keep their firearms.

Still, many gun owners, like Turner, are part of the majority of Americans who say gun violence needs to be addressed, according to a Quinnipiac University poll. More specifically, the majority of gun owners support some of the same policies put forth by Democratic presidential candidates.

U.S. Sen. Cory Booker: "Close to 80% of Americans do not believe that these weapons of war should be in private, community hands."

Matthew DeFalco is a veteran and gun owner in Nevada.

Matthew DeFalco: "You look at people like Sen. [Cory] Booker, who talked about mandatory buyback, you know. I think that he's doing the right thing ... because weapons of war should not be on the streets, to anybody in this country."

Turner thinks something should be done — but only to an extent.

Don Turner: "We need to find a solution to what's causing these problems. Gun confiscation, gun restriction, when you have so much of a population owns firearms and never violates the law, is the wrong bug to smash."

"Confiscation" is a word that's been used by gun owners to describe so-called red flag laws that include ex parte orders. Red flag laws allow law enforcement to take firearms from a person deemed a danger to themselves or others after a judge examines proof of that claim. The ex parte portion allows law enforcement to temporarily remove those firearms before the owner gets a heads up.

Don Turner: "That's the part of the red flag laws we don't like, because this country is built on innocent till proven guilty. And the temporary ex parte is guilty until proven innocent."

Some pro-gun groups and gun owners, like Turner, have pushed back against those proposals. This is how professional shooter and former police officer Dianna Muller reacted in front of lawmakers when discussing a proposed ban on certain types of semi-automatic firearms:

Dianna Muller: "I will not comply with the assault weapons ban."

Gun owners are much less likely to support mandatory buybacks of some semiautomatic firearms, calling that another kind of "confiscation."

Turner told us he's not in favor of the legislation passed by the House and currently awaiting a vote in the Senate. And while they may differ in their stances on gun reform policies, Turner and DeFalco do agree that gun owners should be more engaged in helping find solutions, while protecting the right to bear arms.

DeFalco: "Gun owners, we have to participate in this conversation. You know, I hear a lot about, 'How do you stop a bad guy with a gun?' The way I look at it is the only way to stop the bad guy with the gun is to stop giving the guns to the bad guys. And so, you know, if the gun owners aren't participating in this conversation, their rights, freedoms, they're not going to be respected."