Where Did Princess Charlotte Get Her Name? 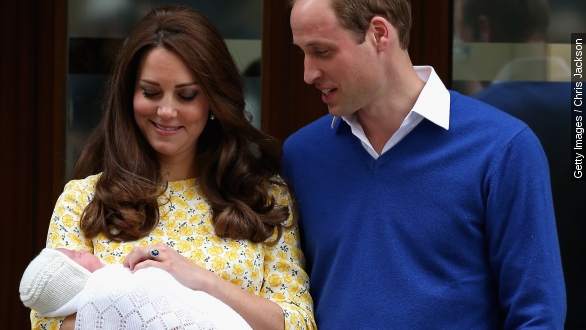 It's a name many placed their bets on. Ladbrokes, a British online betting service, tallied some of the most popular guesses for the little princess's name, and Charlotte and Elizabeth were among the top choices, along with Alice and Victoria.

As expected, the princess's name pays tribute to royal relatives. The name Charlotte has popped up several times throughout royal history.

There was Queen Charlotte, who married King George III in 1761. Their eldest daughter was also named Charlotte.

And the greatly loved Princess Charlotte of Wales, who died at the age of 21 in 1817.

And it's a name that's been used in the Middleton family as well. Not only was Kate's great-great-great grandmother named Charlotte, but it's also her younger sister Pippa's middle name.

"Elizabeth" is in honor of the queen. It's also the middle name of both Kate and her mother, Carole Middleton.

And "Diana," of course, is in remembrance of Prince William's late mother.

Tying the little princess even closer to her historically significant name, she was born on the same day Princess Charlotte of Wales wed King Leopold 199 years ago in 1816.