Where Are Our Favorite Disney Channel Co-Stars Now? 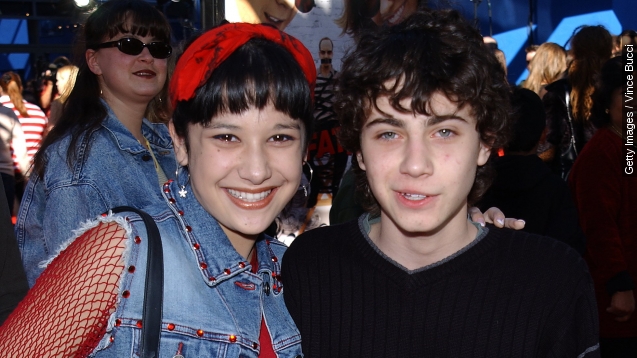 SMS
Where Are Our Favorite Disney Channel Co-Stars Now?
By Lexie Hammesfahr
By Lexie Hammesfahr
September 27, 2015
We know where some of Disney's original stars ended up (like Hilary Duff), but we haven't been following the others as closely. So, where are they?
SHOW TRANSCRIPT

Do you remember the good ol’ days of watching our fave regularly scheduled Disney Channel shows? That time when all we wanted was for Lizzie to finally date Gordo, Ren and Louis to get along, and Raven to tell our future?

Okay, maybe we still want that to happen. Plus it's easy to find the main stars, like Raven Symoné, Hilary Duff and Shia LaBeouf in the media, but what about the co-stars?! (Video via Disney Channel)

Quite a few have landed their own shows. Jake T. Austin from "Wizards of Waverly Place" landed a main role on the first two seasons of "The Fosters."

Emily Osment, who played Hannah Montana's bestie on the show that made Miley popular, now stars in ABC's "Young and Hungry." And fans of "How I Met Your Mother" will recognize "Wizards of Waverly Place" alum David Henrie as Ted Mosby's son throughout the entire series.

Jason Earles and Mitchell Musso, who are both "Hannah Montana" alums, have stuck with Disney. Earles stars in Disney XD's "Kickin' It" while Musso was a voice on "Phineas and Ferb" and stars in "Pair of Kings."

Then there are the ones who have had a steady stream of guest roles. Margo Harshman, who played Tawny on "Even Stevens," has been on a ton of shows, including an arc as Sheldon Cooper's assistant on "Big Bang Theory."

Christy Carlson Romano, aka Ren from "Even Stevens," has had quite a few roles since the show ended. She also voiced Kim Possible in Disney's animated show by the same name. (Video via Disney Channel / "Kim Possible")

Adam Lamberg, better known as Gordo from "Lizzie McGuire," left the industry to study geography at UC Berkley. He currently works in New York at the Irish Arts Center.

Clayton Snyder, Lizzie's love interest, Ethan, also took a break from acting to attend Pepperdine, where he played water polo. He went on to play professionally in Europe before returning to acting.

Anneliese van der Pol transitioned to Broadway, where she had a stint playing Belle in "Beauty and the Beast." She also had this ah-mazing "That's So Raven" moment with Raven Symone.

And finally, the two who have had run-ins with the law. "That's So Raven's" Orlando Brown was charged with three crimes in 2014 for allegedly threatening to kill a woman and her child. He continues to act.

Lalaine — Lizzie McGuire's bestie, Miranda — was charged with felony possession of methamphetamine in 2007. She enrolled in the Asian American Drug Abuse Program in order to get her record expunged.

And since that was kind of a downer — we'll leave you with these cast reunion pictures. Because we should all hope for our fave Disney original shows to reunite.