When Obama Visits Cuba, He'll Find A Lot Of Supporters 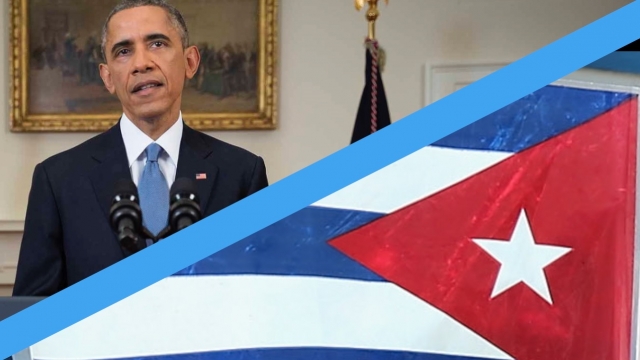 President Obama is the first sitting president to visit Cuba since Calvin Coolidge in 1928.

"Someday there's going to be a statue of an American president in Cuba, and it's going to be Barack Obama. He's going to be the one who gets that first statue," DePaul University professor of law Alberto Coll said in a recent sit-down with Newsy.

President Obama's popularity in Cuba is pretty astonishing. A poll released last year found 80 percent of Cubans held a positive view of the president. Obama scored higher with Cubans than both Castro brothers.

Most, if not all, of that goodwill can probably be attributed to how long Obama's been promising to open relations with Cuba.

"He had the courage to say, 'We need to try something new; this is a new generation, let's reach out and engage Cuba.' Most Cubans, including most Cubans who want to see their country evolve in a different way think the Obama policy will help with that effort," Coll said.

The promises to open diplomatic relations with Cuba go back to at least 2008, when then-Senator Obama outlined a new approach to the U.S.-Cuban relationship.

And the president has made good on that campaign promise. He announced sweeping policy changes in 2014 and more changes in 2015, including the re-opening of both embassies.

But not everyone is sold. Notable Republicans worry the new relationship, including the economic boost from American travel, will help the Cuban government "build out [its] repressive apparatus."

"There has not been a single democratic opening, not a single change on the islands in human rights. In fact, things are worse," Florida Sen. Marco Rubio said in his last debate as a 2016 presidential candidate on CNN.

But the detractors are in the minority. More than 59 percent of Americans favor re-establishing relations with Cuba.

"The United States should be reaching out with a friendly hand, a hand of openness and with its greatest assets, which is 300 million Americans," Coll said.