Local News Is Shrinking — What Happens When The Watchdogs Disappear? 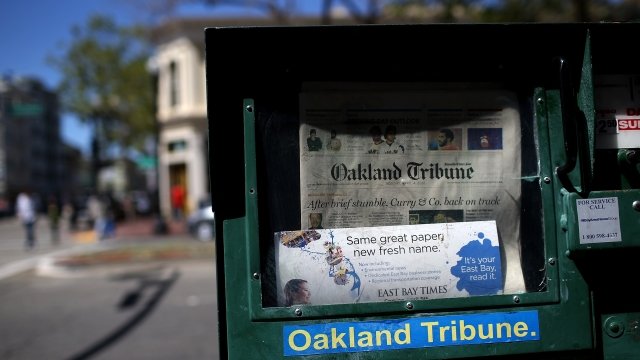 A well-told news story always comes down to the facts.

Here's the lead: Fewer and fewer journalists are covering fewer and fewer stories. Readers don't get the information. Now, they probably never will.

Here are the facts about the Fourth Estate — with a focus on newspapers, the largest of the media orgs. 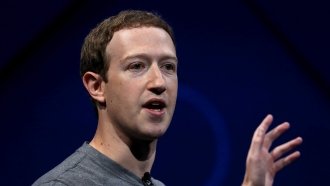 There have been more buyouts and layoffs in the past three years. "Restructuring," it's called on official letterhead, but in newsrooms, it's known by a less florid name: "downsizing."

The Denver Post was hit — again — in early 2018. 30 jobs cut from a newsroom staff of 100 that covers a metropolitan area of 3 million. The paper's editor wrote this honest memo to staff: "We know meaningful work will not get done because talented journalists have left the organization."

Across the country, the cuts mean less reporting at city halls. Fewer cops and courts reporters. Thinner staffing at statehouses.

Not as splashy as covering President Trump's latest tweets but just as important. Sometimes more so.

A Wisconsin statehouse reporter wrote in the Milwaukee Journal Sentinel: "We have scads of reporters in Washington covering every bit of news that Congress makes....State legislators have more effect on people's daily lives. We need to have eyes on them, lots of eyes."

The facts about state Capitol reporting are the part of the story where dad loses the family farm. A Pew Research study found that 164 full-time statehouse reporters were cut between 2003 and 2014 — a decline of 35 percent.

Two other key points here from the study: Less than a third of U.S. newspapers assign a full-time or part-time reporter to statehouses. And local TV isn't filling the void — 86 percent of local stations do not assign even one reporter — full time or part time — to the state Capitol.

There is no sign that the declines in audience, revenue or staffing will stabilize.

So consider these two basic questions: Will some journalists eventually disappear? And what happens when the watchdogs are no longer watching?