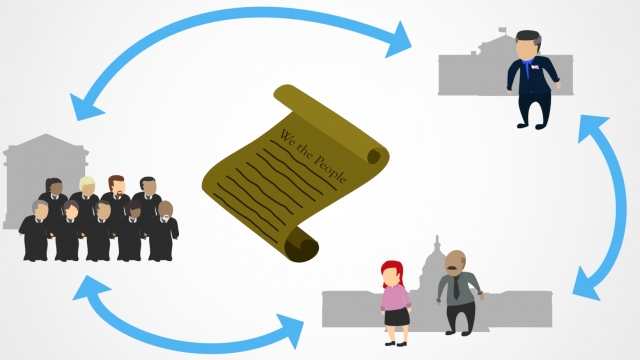 We sat down with an expert to cut through the talking points.

The term constitutional crisis gets thrown around a lot. But not always in the right way.

"It's possible to use it so often and to cry wolf so often that people don't believe it when there may actually be a crisis," Princeton professor Keith Whittington told Newsy.

Obviously, the constitution sets out the rules for U.S. democracy. It guides every decision, vote and law. And when it's working properly, all of the branches are equal and working together.

But constitutional crises happen when the constitution isn't performing its central functions. Basically when the system itself seems to be broken in some fundamental way and can't handle the crisis.

"Such that the constitution is not accomplishing the goals it's supposed to accomplish in allowing us to make political decisions and implement them," Whittington said.

Princeton professor Keith Whittington is an expert on all this.

According to Whittington, there are two different types of operational crises: formal and practical.

Basically three different types of investigations can happen outside the purview of the Executive Branch.

A formal crisis is when everyone is following the rules but there is so much disagreement on the end result that the government can't move forward. A practical operational crisis happens when some type of external pressure requires action, but the current constitutional system won't allow us to do anything.

"The mere fact that this is not business as usual should not lead us to say all bets are off because these are very dangerous circumstances," Whittington said.