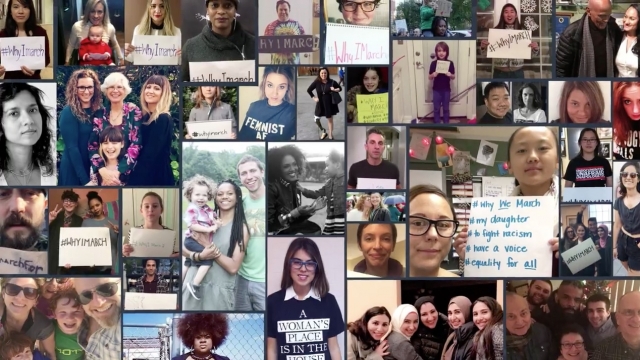 Thousands of people are expected to participate in the Women's March on Washington on Saturday.  It's grown from an idea of a few people to a march that's spun off into 616 sister marches around the country and world.

The march's mission reads, in part, "We stand together in solidarity with our partners and children for the protection of our rights, our safety, our health and our families — recognizing that our vibrant and diverse communities are the strength of our country."

According to various D.C. outlets, the city has received more than three times as many requests for bus parking permits for the day of the march than it has for Inauguration Day.

The rally will take place at Independence Ave. and Third Street SW, near the National Museum of the American Indian. The march will start there and end at The Ellipse — the large open space just south of the White House's South Lawn.

Over 40 people — representing different races, religions, genders, organizations and areas of activism — are expected to speak.

The march isn't without controversy. The group has a fairly progressive platform and has been criticized for reportedly dropping its partnership with an anti-abortion feminist group.