What Will 'Normalized' U.S.-Cuba Relations Change? 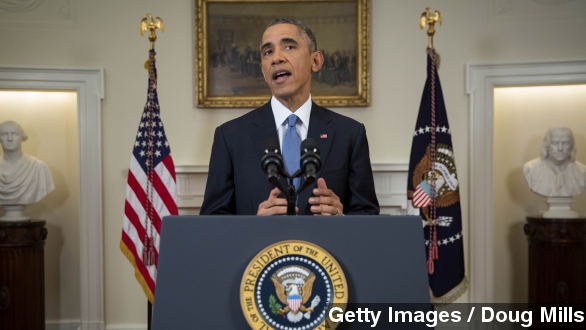 The freeing of a prisoner sets off an avalanche of changes in relations between U.S. and Cuba — at least, that's how it looks from the outside.

More than 20 years after the Cold War ended, the U.S. looks closer to normalizing relations with the Caribbean country than ever, but what exactly is changing, and how did it come about? (Video via Voice of America)

But that appears to have just been the tip of the iceberg, as the White House released a fact sheet detailing what appeared to be a complete about face, following more than 50 years of trying to isolate Cuba.

The president explained, "Though this policy has been rooted in the best of intentions, no other nation joins us in imposing these sanctions and it has had little effect, beyond providing the Cuban government with a rationale for restrictions on its people."

The changes break down into a handful of categories, but the biggest cover diplomatic relations, travel and trade.

When it comes to diplomacy, the president ordered an immediate resumption of diplomatic relations, and the White House said it would look to re-establish an embassy in Cuba in the coming months, as well as looking to remove Cuba from the state sponsors of terror list. (Video via CNN)

The White House also said it would look to expand travel to Cuba, which is currently restricted to 12 categories of travel, including family visits, official government work and journalism, among others. (Video via CBS)

And significantly, the fact sheet said the U.S. would push to expand telecommunications on the island, in an effort to improve Cubans' access to the Internet, as well as allowing U.S. financial institutions to open accounts in Cuba. (Video via BBC)

This kind of seismic shift in relations doesn't happen overnight, and although it all came down on Wednesday, the changes had been a long time coming.

As Jon Oliver pointed out in September, as early as 10 years ago, then-Sen. Obama expressed interest in ending the Cuban embargo.

"So it's time for us to acknowledge that that particular policy has failed," Obama said.

And it seems that interest has endured and could very well be the last piece of the president's Cuba puzzle.

"As these changes unfold, I look forward to engaging congress in an honest and serious debate about lifting the embargo," the president said.