What We Think We Know About 'Game Of Thrones' Season 6 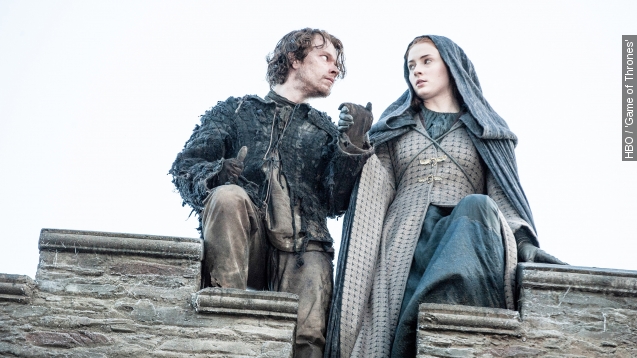 SMS
What We Think We Know About 'Game Of Thrones' Season 6
By Lexie Hammesfahr
By Lexie Hammesfahr
October 29, 2015
The "Game of Thrones" season six spoilers are starting to roll in as cast members start talking and on-set sightings start happening.
SHOW TRANSCRIPT

It's that time of year again — when "Game of Thrones" cast members start talking about the upcoming season and fans start piecing it together with what we know from on-set sightings. (Video via HBO / "Game of Thrones")

For starters, Emilia Clarke — who plays Daenerys Targaryen — said at The Wrap's 7th Annual Los Angeles Power Women Breakfast, "Anything that you don't expect to happen is happening."

Yikes. But the actress does give us a glimmer of hope for a character who was basically dragged through the dirt last season: Sansa Stark. (Video via HBO / "Game of Thrones")

"No one's getting on, there's a lot of fighting," Clarke says.

OK, so maybe we won't have to watch another scene where Sansa is sexually violated. Couple Clarke's comment with a Watchers on the Wall source who spotted Sophie Turner, who plays Sansa, fighting on a battlefield, and we can kind of breathe a sigh of relief.

That fight is what people are calling the battle at Saintfield, which will reportedly reunite Jon, Sansa and potentially more Stark relatives as the North fights the Boltons. If Rickon joins the battle, it will be the first time Starks have reunited since season one. Cue the tears. (Video via HBO / "Game of Thrones")

Also, apparently #HairWatch is a thing, so for everyone interested in the status of Kit Harington's hair — because we know that famously indicates his status on the show — it's still Jon Snow flowin'. (Video via HBO / "Game of Thrones")

Aside from the more general teasers, Clarke touched on Dany's season five cliffhanger, where she was surrounded by warriors.

"The Dothraki. They're the Qoy Qoyi, blood of my blood, all that. It's back to the Kahl Drogo-ness of it all," she says.

And since she was at one time the Dothraki's first lady, we can assume she's in good hands. And if she isn't, there are always those dragons. (Video via HBO / "Game of Thrones")

No release date has been set yet for season six.

This video includes images from Getty Images and Ben King / CC BY 3.0.