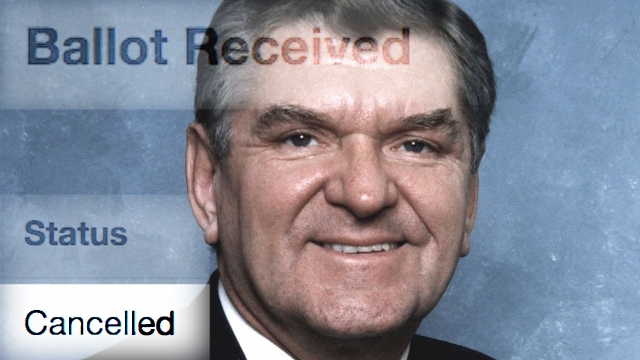 Roberts, 79, was a former state representative who served in Harrisburg for 14 years.

He was a Democrat but later announced public support for U.S. Sen. Pat Toomey, a Republican.

While the Trump lawsuit does not say why Roberts’ ballot was rejected, Fayette County Election Bureau Director Larry Blosser told Newsy it was because Roberts did not put his mail-in vote in the required secrecy envelope.

“Sad to say, he made a mistake,” Blosser said. “Mr. Roberts being in that position, being a legislator, he should’ve known the laws.”

Phone numbers listed for Roberts were out of service.

Henry, the second plaintiff in the case, declined to answer questions when reached by phone.

The lawsuit says he also sent back a ballot without the secrecy sleeve.

Some Pennsylvania counties alerted voters who cast “naked ballots,” giving them another chance to vote, but that was an extra step not required by the state.

In a move pushed by Republicans, counties were forbidden from opening ballots until Election Day. That limited the time available to reach voters who sent naked ballots.

Fayette and Lancaster counties don’t dispute that Roberts and Henry learned about their disqualified ballots when it was too late to fix them.

“I don’t think he was disenfranchised,” Blosser said. “You got to hold the voters somewhat accountable for their actions.”