What We Know About The Origins Of Thanksgiving 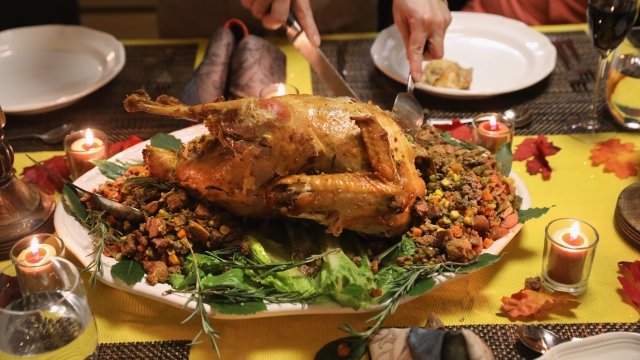 Historians disagree on the details of the first Thanksgiving, but there are a few things we know about how it started.

Fact is, it's hard to know exactly how Thanksgiving started. Historians generally agree the original Thanksgiving happened sometime in the fall of 1621.

Pilgrims were celebrating their first decent harvest. It was a party. Members of the nearby Wampanoag tribe showed up. There are varying accounts of why they were there, but historians general think it was impromptu. They weren't invited.

The celebration, in the form of a feast, lasted days. It wasn't until a couple years later, though, that the idea of giving thanks came into the picture. That after rainfall ended a drought and saved the harvest.

Connecticut was the first then-colony to make the tradition official in 1639. 150 years later, George Washington nationalized the tradition with the first-ever presidential proclamation.

When the parade, the football game and the shopping came into the picture is a whole other story. But there's a quick primer on Thanksgiving history.