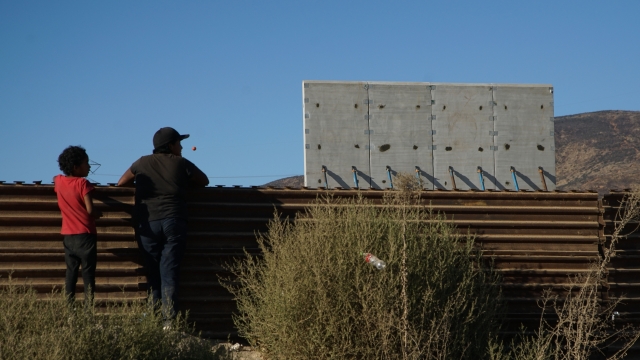 Congressional negotiators say they've reached an "agreement in principle" to fund border security and avoid another partial government shutdown, which is set to happen on Saturday.

So far, there's only snippets of what that agreement looks like. The final text is expected to be released Wednesday. But here's what we do know:

The compromise would include about $1.3 billion in funding for barriers along the U.S.-Mexico border. That's about $4.4 billion less than President Donald Trump has demanded for the border wall.

The agreement funds 55 miles of a physical barrier using "existing technologies." That means a concrete wall, like President Trump has pushed for, is off the table, though he's previously mentioned he'd be okay with a steel wall.

The deal does not include a substantial cut in immigrant detention beds, which the Democrats were pushing for. Instead, the agreement allows ICE to increase the number of beds only if it finds funding for it elsewhere.

And for the Department of Homeland Security, the agreement includes a $1.7 billion spending increase.

It's unclear if President Trump will sign the "agreement in principle." Time is running out to keep the government funded past Feb. 15.

But the deal is still not what President Trump had in mind, and he made that very clear Tuesday: "I have to study it. I'm not happy about it. It's not doing the trick."