What Unionizing Means For Gawker, Other Digital Operations 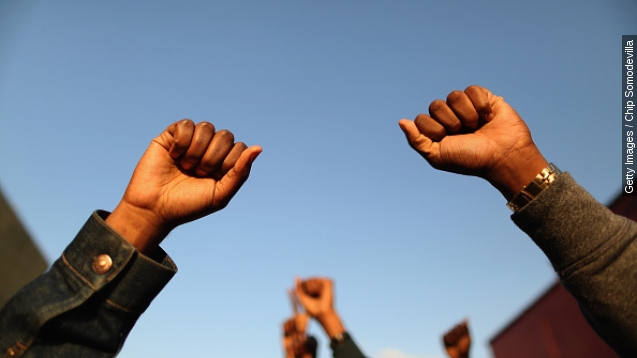 SMS
What Unionizing Means For Gawker, Other Digital Operations
By Jasmine Bailey
By Jasmine Bailey
June 4, 2015
Seventy-five percent of Gawker Media employees voted to unionize. Here's what we learned from the outpouring of dramatic commentary that ensued.
SHOW TRANSCRIPT

Employees of Gawker Media have voted to unionize. It's an interesting step and the first of its kind — implementing an old-school tactic in a digital-first newsroom.

According to Gawker, the Wednesday vote included 107 employees, and 75 percent voted "yes" to forming a union for "the purpose of collective bargaining."

The employees chose to unionize with the Writers Guild of America East, which released a statement saying in part, "The WGAE, Gawker's writers, and the company's management share a commitment to journalistic integrity and creative freedom."

So why would employees want to unionize?

Well there's the seemingly obvious desire to have the stability of terms of employment that would come after union members negotiate a contract.

But also, Gawker senior writer Hamilton Nolan​ told Wired on Tuesday that "​people just want to keep the good things we have and bring the things that are flawed up to a standard level. If we get the union, we'll have it if things turn bad one day."

But as outsiders, maybe there's something within Gawker's working environment that drove its employees to stand together. You might make that assumption after reading a lengthy comment on Gawker from the company's former editorial director Joel Johnson.

In the post, Johnson seems to let us peek behind the veil of Gawker Media as he takes aim at the company's founder Nick Denton, seen here.

In his post Johnson called Gawker a "turbulent environment" and seems to claim Denton is the reason employees wanted to unionize, calling him "paranoid," "pessimistic" and a "coward." The post is directed at the editorial staff who voted to unionize.

In response to Johnson's comment, Denton touched on the need for more transparency between business and editorial, saying he now knows it needs more. He also made light of Johnson's claims against his character, saying: "I am sorry that things ended badly between us, and that I didn’t reach out to you earlier this year. I miss talking with you about product and political ideas."

While we don't know exactly why Gawker employees decided to unionize, maybe transparency — or supposed lack thereof — is one reason.

In April when news of the impending vote surfaced, Denton told Capital New York "I'm intensely relaxed" about the vote. "Journalists have a strong anarcho-syndicalist tradition. Content creators on the web have the same trait. Gawker Editorial is run like a worker's collective. That seems to be the natural order of things."

He hasn't officially spoken out about the outcome of the vote but did say in his post to Johnson he will welcome the union representative. Now that Gawker Media is unionized, as employees form a bargaining committee to negotiate a contract, they must decide what they want to bargain for.