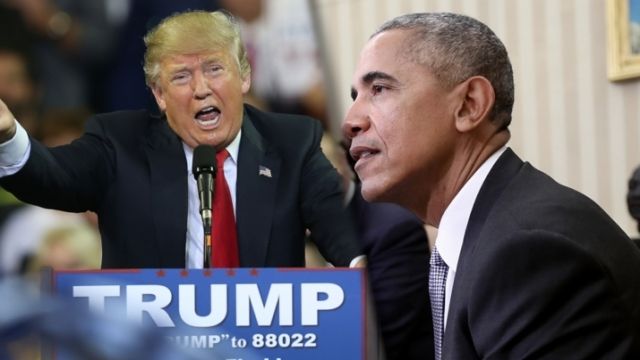 SMS
How Easily Could Trump Undo Obama's Work With Cuba?
By Ryan Biek
By Ryan Biek
November 27, 2016
Most of President Obama's policies were through executive action and regulatory changes.
SHOW TRANSCRIPT

Donald Trump's made it clear he's no fan of President Barack Obama's agreements with Cuba.

Although Trump hasn't explicitly pushed for cutting the Obama administration's renewed ties with the country, he's threatened to do so unless Cuba's government acts in America's best interests.

After Fidel Castro's death Friday night, many are wondering what U.S.-Cuba relations will look like, especially under President-elect Trump.

Pretty much everything Obama did to thaw Cuban relations was through executive action and regulatory changes.

When Trump becomes president, he could use those same powers to try to counter many of Obama's policies.

But experts say trade with Cuba is growing. The number of airlines flying to Cuba keeps increasing. American businesses have already invested millions of dollars in Cuban-related projects. And American agriculture stands to export a lot of food to the island nation.

Unsurprisingly, a coalition of U.S. businesses is trying to persuade Trump to keep economic ties with Cuba. Trump could have a harder time changing Obama's policies if doing so hurts American workers.