What To Watch In The Wisconsin Democratic Primary 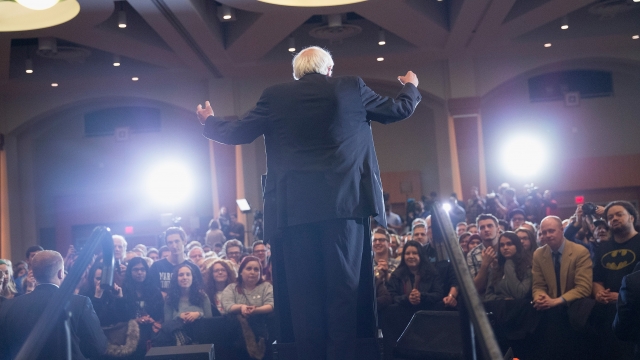 SMS
What To Watch In The Wisconsin Democratic Primary
By Kate Grumke
By Kate Grumke
April 5, 2016
The polls are close going into Tuesday's primary, and for Democrats, it isn't winner-take-all.
SHOW TRANSCRIPT

Most recent polls show Sen. Bernie Sanders ahead in Tuesday's Wisconsin primary, but not by much, and some even show former Secretary of State Hillary Clinton taking the state.

And the problem with that is, just barely winning in Wisconsin isn't going to do either candidate much good.

On the Democratic side, the state awards its 96 delegates more or less proportionally, so what looks to be a close race won't result in a watershed moment for either candidate.

Going into the Wisconsin primary, Sanders was behind Clinton by 263 pledged delegates.

But the state looks like the type he usually does well in — it's traditionally progressive, young and white.

And Clinton has run less than half as many ads as Sanders in the state, according to RealClearPolitics.

Still, even if Sanders wins Wisconsin, he needs to win by a lot to make it count against Clinton.

This video includes clips from Bernie 2016 and Hillary for America, and images from Getty Images.