What To Know About The New HPV Vaccine 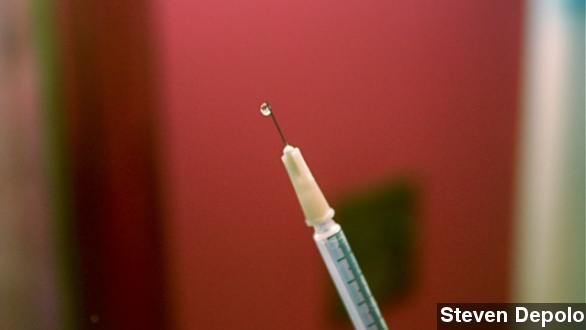 The new Human Papillomavirus vaccine is making waves in the medical community for its ability to protect against even more HPV strains. Here's what you should know about the vaccine.

Gardasil 9 is not yet on the market and it unclear when it will be. It still needs to be mass manufactured and insurance companies need to decide if they will cover it or not. Until then, doctors are still recommending patients get the current vaccines.

It is also not clear at this time if those who have been vaccinated with traditional Gardasil or Cervarix can be revaccinated with Gardasil 9 to get the additional protection when it becomes available. (Video via CNN)

Gardasil 9 will be administered in three doses over several months just like the current HPV vaccines. (Video Via CBS)

The vaccine is recommended to girls 9 to 26 and boys 9 to 15, preferably before they are sexually active.

The FDA says the side effects of Gardasil 9 are minimal. The most common are injection site pain, swelling, redness, and headaches.

The Centers for Disease Control and Prevention released a report this summer saying far too few Americans are receiving HPV vaccinations.

In Americans aged 13 to 17, only 57 percent of girls and 35 percent of boys received at least one dose.

That's opposed to the around 80 percent vaccine coverage in other industrialized nations.

The CDC lists lack of knowledge, safety concerns and the belief the vaccine is not needed as factors as to why many American parents choose not to vaccinate their children against HPV.