What To Know About Obama's Free Community College Plan 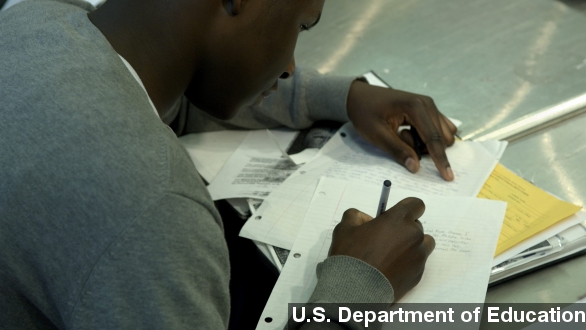 "Forty percent of our college students choose community college. Some are young and starting out. Some are older and looking for a better job. Some are veterans and single parents trying to transition back into the job market. Whoever you are, this plan is your chance to graduate ready for the new economy, without a load of debt," President Obama said.

There were cheers for President Obama's "America's College Promise" proposal at Tuesday night's State of the Union address, but the plan has been a divisive one since the president dropped this video on January 8.

"What I'd like to do is to see the first two years of community college free for anyone who's willing to work for it," Obama said.

Here's how it's supposed to work: a state-federal partnership will foot the bill for eligible students. The federal government will pay for three-fourths of the plan, or an estimated $60 billion, over the next 10 years while states will have to put up $20 billion during that same time.

For students to get those free years of schooling, they must attend a community college at least half-time, maintain a 2.5 GPA and stay on track to get their degrees.

An estimated 9 million students could benefit the program, but only if all states are involved. That seems to be one of many hurdles the proposal will face.

Obama's "America's College Promise" has already been dogged by criticism with many asking for specifics on where the money's coming from:

"He hasn't talked about how we're paying for this program," Rep. Elise Stefanik from New York told Fox News.

And he'll need Congress to help make the proposal a reality:

"I think, philosophically, it's impossible to overcome the Republican hurdles on that front," NBC's Chuck Todd said.

President Obama's community college plan is modeled after a similar program in Tennessee called the "Tennessee Promise," which will be available for the first time for students graduating high school this year.

President Obama's plan is ambitious and the criticisms are plentiful. But the president's domestic policy chief told The New York Times the White House is prepared to put in the time to make it happen, saying, "We don’t expect the country to be transformed overnight, but we do expect this conversation to begin."

This video includes an image from the U.S. Department of Education.