What To Expect On Day One Of The Trump Administration 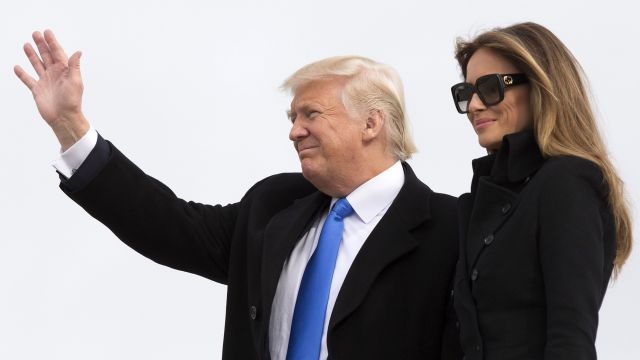 SMS
What To Expect On Day One Of The Trump Administration
By Jake Godin
By Jake Godin
January 19, 2017
Donald Trump has promised to do a lot on his first day in office. Here's a look at some of his recent commitments.
SHOW TRANSCRIPT

Whether it's renegotiating trade deals or burning executive orders, President-elect Donald Trump has said he's going to do a lot on day one.

"It's going to be a very busy first day," Trump said at a rally in Greenville, North Carolina.

Of course, Trump says a lot of things. But if we're going off his most recent commitments, there are a few specific actions we might expect.

First, immigration: One of Trump's most recent promises is to direct the Department of Labor to investigate visa program abuses.

Trump's also promised to makes some changes in energy and trade by loosening regulations on coal and shale, along with pulling out of the Trans-Pacific Partnership and renegotiating NAFTA. 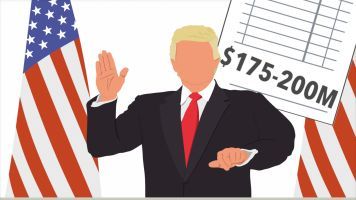 Like President Obama did on his first day, Trump says he'll be implementing ethics reforms on day one. Front and center in these reforms is a five-year ban on executive officials becoming lobbyists after leaving the government. There's also a proposal for Congressional term limits.

Trump's also promised to create a rule that for every one regulation that gets created, two must be eliminated. But just how long a rule like that would last is questionable.

Throughout his campaign, Trump made a lot more promises for day one. Here are just some of them:

- Begin work on a border wall

- Threaten corporate executives with 35 percent tariffs if they move jobs outside the U.S.

- Learn the difference between Hezbollah and Hamas