What To Expect In Wednesday's Public Impeachment Inquiry Hearings 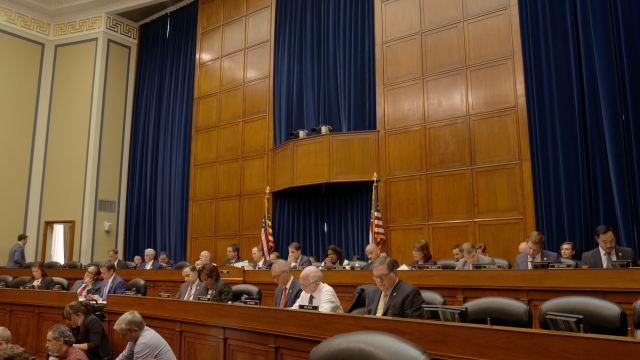 Public impeachment inquiry hearings are set to begin Wednesday morning, live and in front of the world, kicking off a new phase in the investigation into President Trump's dealings with Ukraine.

First up, former Ambassador Bill Taylor and Deputy Assistant Secretary of State for European and Eurasian Affairs George Kent. The two will testify together, and based on their closed-door testimony, they're expected to give explosive details on the allegations that President Trump withheld aid to Ukraine and pressured the country to open investigations, namely into the Bidens.

"Those open hearings will be an opportunity for the American people to evaluate the witnesses for themselves, to make their own determinations about the credibility of the witnesses," said Intel Committee Chairman Adam Schiff.

The two men will field questions from the House Intel Committee, but the format will be different from what we've seen in almost any other hearing. Chairman Adam Schiff and Ranking Member Devin Nunes will each have 45 minutes with their counsel to question the men. After that, the rest of the committee, 13 Democrats and nine Republicans, will have five minutes each to question. But don't expect many of the Republican members to use that time. They'll likely yield most, if not all, of it to their party's lawyers or to the newest member of the committee, Rep. Jim Jordan.

"Trying to put a ribbon on a sham process doesn't make it any less of a sham," Jordan said.

Jordan is temporarily replacing Rep. Rick Crawford of Arkansas on the committee. Jordan has been one of the most vocal Republicans criticizing the process at every turn. He sat behind the closed door hearings as the top Republican on the oversight committee and will now have a chance to question the men publicly as a member of Intel.

All of this as House Democrats continue to release more transcripts, including those of Pentagon official Laura Cooper and Ukraine aide Catherine Croft, focusing mainly on the withholding of aid from Ukraine. Both women, along with former Russia adviser Fiona Hill, say the country was aware of the hold. That's a stark contrast to the Republican talking point that Ukraine did not know and therefore did not feel pressured to announce an investigation.

Former U.S. Ambassador to Ukraine Marie Yovanovitch will sit in the hot seat Friday morning, likely to testify about her concerns surrounding these issues and the alleged campaign to have her recalled.